Celebrate with our Women Who Rock playlist! Enjoy cartoons featuring Boomerang heroines like Josie, Juniper Lee, and Dorothy, plus laugh with your favorite no-nonsense women like Wilma Flintstone, Jane Jetson, and Daphne and Velma! 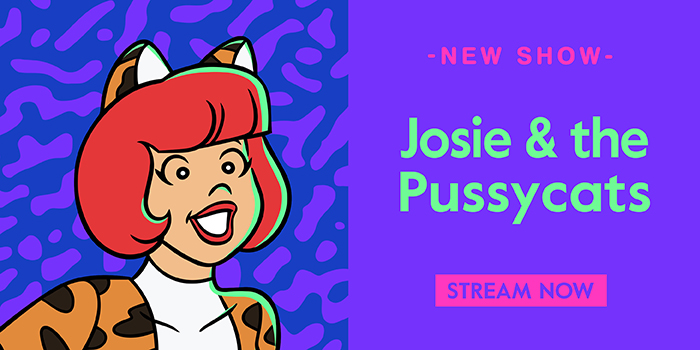 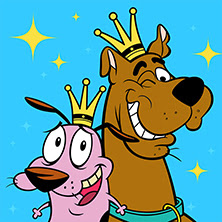 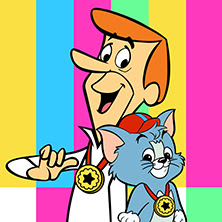 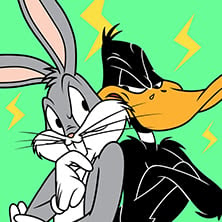 DC Super Hero Girls will start off with an one-hour premiere special called “#SweetJustice”, in the special we are introduced to the six “ordinary” teenaged girls who meet and discover that they aren’t so ordinary after all. Each of them have their own extraordinary powers and decide to team up and fight against Metropolis’s most evil villains, while also coping with school work. After the one-hour special which will air tomorrow, new episodes of DC Super Hero Girls will air on Sundays at 4pm ET/PT from Sunday 17th March.

Also tomorrow (8th March, International Woman’s Day) from 6am ET/PT, the Cartoon Network USA TV channel will feature an all day marathon featuring channel’s most famous female characters leading up to the premiere of the brand new show. Shows that will air as part of the marathon will include: Steven Universe, Teen Titans Go!, Total Drama Action, The Amazing World of Gumball, Craig of the Creek, Total DramaRama, Unikitty!, We Bare Bears and Ben 10. There’s also 60 episodes featuring CN’s best female characters on the Cartoon Network App.

From The WarnerMedia Blog: Cartoon Network All About Girl Power on International Women’s Day

For International Women’s Day, Friday, March 8, Cartoon Network will have girl power on full display, and it will certainly pack a powerful punch.

Take six classic female DC superheroes and have them navigate the perils of high school, as well as fighting crime, and you’ve got the super-buzzworthy new series DC Super Hero Girls. The series makes its much-anticipated debut on International Women’s Day, Friday, March 8 at 6 p.m. ET/PT.

In the one-hour premiere special, “#SweetJustice,” we are introduced to six “ordinary” girls who meet and discover that they aren’t so ordinary after all. They each have extraordinary powers and decide to band together to take on one of Metropolis’s most evil, sinister villains. Oh, and they have to deal with high school as well, which might actually be worse than the bad guy!

So, be sure to tune in for the premiere of DC Super Hero Girls, Friday, March 8 at 6 p.m. ET/PT and see what empowered girls can really do!

Get your cape on and catch the 1-hour season premiere of DC Super Hero Girls tomorrow at 6pm on @cartoonnetwork! 👀 pic.twitter.com/vhvhooc4MR

During New York Fashion Week which was held this week (Friday 8th to Saturday 16th February), Cartoon Network USA has teamed up with New York designer Christian Cowan on a Powerpuff Girls special-edition collection, with three suits inspired by Blossom, Bubbles and Buttercup featuring their signature colours, a Powerpuff tricolour minidress and also a purple-coloured dress inspired by Mojo Jojo’s purple cape costume. The special collection is set to launch on International Women’s Day (Friday 8th March) and is expected to sell out quick. The Powerpuff Girls, one of Cartoon Network’s most successful shows is currently celebrating its 20th anniversary and Cartoon Network has collaborated with several fashion designers and clothing brands such as Moschino, Maria Escoté, Fyodor Golan, Champion, Bizuu, Saucette and Raisa and Vanessa to help promote the show’s birthday.

“I am thrilled to be partnering with such an iconic brand whose message is about supporting one another and kicking butt no matter your age, size, or gender. I grew up watching The Powerpuff Girls, and I am so lucky to have the opportunity to create a collection inspired by characters that advocate for sisterhood and positivity.”

The special collaboration will be used to raise money for She’s the First (STF), a nonprofit organisation that works to fight gender inequality through education.